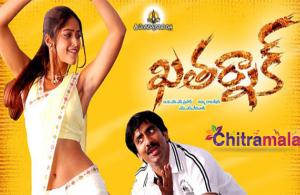 Dasu (Ravi Teja) is the son of a counterfeit racketeer (Kota Srinivasa Rao). As his father goes to jail, Dasu becomes an orphan. He stops his education at 10th class and moves like a vagabond. On the other side, there is a smuggler who used to smuggle drugs and arms into the country. But an honest police officer (Prakash Raj) hatches a plan and sends one informer (Raja Ravindra) into their underworld. He stays with them for sometime and passes on information to the police, with the help of which the police were able to bust the smugglers team, though not the kingpin.