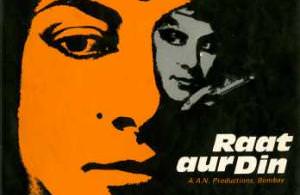 Pratap, while stranded during a stormy night, meets with Varuna, and is instantly attracted to her. He proposes marriage through his family, and soon both get married. He soon notices that Varuna has some strange habits, which are compounded when he finds out that she leaves the house alone at night to go to night-clubs, and sings, dances, and drinks alcohol. When he questions Varuna, she denies ever doing any such thing. His mother thinks that Varuna is possessed, and arranges for an exorcism, which is in vain, as even Pratap is opposed to this. Then Pratap meets with Dilip, who claims to be Varuna’s lover, and knows Varuna as “Peggy”.