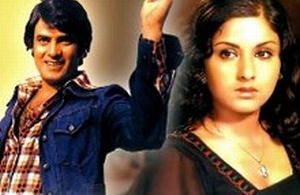 Laxman has always been the black sheep of the family, and is regarded by them as a no-good slacker. His brother, Ram Narayan, who works in jewellery store, asks him to deliver some money to a businessman out of town, but Laxman instead gets an expensive necklace for a girl named Seema, he just met, just to impress her. Laxman’s friend, Rita, finds out that her jewellery is fake, and accuses Ram. Ram assures everyone that he will settle this matter with Rita. The next day Rita is murdered, and Ram is arrested, and imprisoned. Everyone has given up hope for Ram’s release, except for Laxman, who has now decided to go straight, and get his dad out of this mess, not knowing that he, himself, is jeopardizing his very own life, and that of Sita and nephew as well.