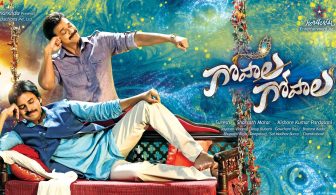 Kanneganti Gopala Rao is an atheist who owns a shop selling Hindu idols alongside his wife Meenakshi and son Moksha as well as his assistant Otthu. He obstructs a holy ritual involving his family, conducted by Siddheswar Maharaj, a fake godman. A sudden earthquake destroys his shop.

Rao approaches his insurance company who deny him assistance, claiming that an earthquake is an act of God. Rao decides to sue God but cannot find a lawyer willing to take the case on. He eventually engages Akbar Bhai, a disabled lawyer, who helps him file the case. Legal notices are sent to the insurance company as well as to Siddheshwar the priest and others from his group, as representatives of God. The court accepts the case, but Rao finds himself trapped among armed fundamentalists, with a creditor Ramji occupying the house and his wife having left him.