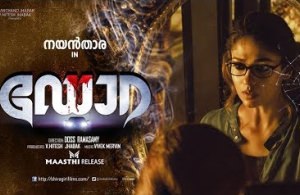 The film opens with Pavalakkodi (Nayanthara) in the hospital and her father Vairakannu (Thambi Ramaiah)weeping for her misfortune. Later, the scene cuts to their futures.

They live in a small house. Vairakannu is a single hardworking father who brought her up and Pavalakkodi, his only daughter, takes care of him in his old age and doesn’t wish to marry. They lead a happy life. Nearby in an apartment, three thieves enter a house and rob all the jewels from the lady, harass and kill her. To investigate this case a Police officer (Harish Uthaman) arrives at the site and finds no clue about the men and finds a Rajasthani blanket in the house. Upon asking, the house owner and maids say nothing, and therefore the case leads to nothing.