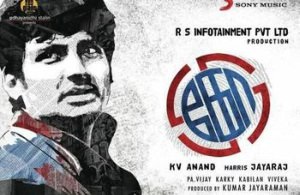 Ashwin Kumar (Jiiva) is a photojournalist working for the private newspaper Dina Anjal. He witnesses Naxalites robbing a local bank. He chases them and manages to click photos of the robbers. When he tries to escape, he is stopped by a young woman Renuka ‘Renu’ (Karthika Nair) who assumes he is the culprit and helps the robbers to take his camera. However, he is able to secure the memory card of the camera. The police catch him, and to prove that he is a press photographer, he shows the photos to them, who identify everyone except the gang leader (whose face is covered by a mask). At his office, he again meets Renuka, who has newly joined as Article Editor. Saraswathi ‘Saro’ (Piaa Bajpai) also works in his office and has feelings for Ashwin, who does not reciprocate.