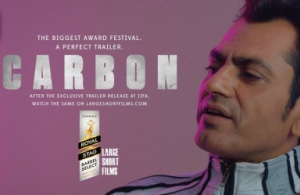 Sci-fi movies made in India are a rare genre, and many duds and flops later, no one is even willing to experiment in this genre anymore. So this short film is definitely a great experiment. The plus being that it comes with a really important message, which affects everyone’s lives today and tomorrow – Pollution.

The film is set in a dystopian future of 2067, where oxygen has become so scarce that it has become the new and the most expensive drug of the town, whose price is only comparable with another drug, water. Random, a guy with an artificial heart is the dealer of this drug and he wishes to become rich and finally escape to Mars, where apparently all the rich people have flown off to.