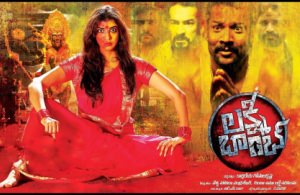 The movie is a two-hour celebration of women’s empowerment. The narrative in the movie tackles issues like dependency (on man), gender bias, sex trafficking and violence against women. And despite the endearing vision, the message is rather muddied as the film goes on. Lakshmi (Lakshmi Manchu) fights her way against deep-rooted connections between crime and bureaucracy, and finally indicts a dangerous criminal Vaikuntam (Prabhakar) after he was caught trafficking women. Her strong-willed actions cause a back clash to ensue and she is murdered by other members of Vaikuntam’s gang. But for some weird reason Lakshmi continues to live with her parents (Posani Krishna Murali and Hema) and becomes a ghost whenever she pleases, killing members of the gang one by one.