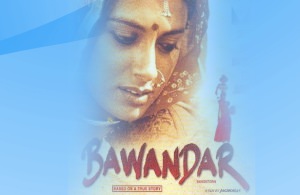 The story is introduced through first-person narration by a foreign reporter called Amy (Laila Rouass), who has read about Sanwari’s case in a newspaper. Amy and her friend-cum-interpreter Ravi (Rahul Khanna) visit Sanwari’s village to investigate the matter, five years after the gang-rape incident. Upon their arrival in Rajasthan, Amy and Ravi meet a rickshaw-puller named Sohan (Raghuvir Yadav) by happenstance, who helps them on their way to a village where they encounter Sanwari’s rapists. Sohan turns out to be Sanwari’s husband, and tells the tale of Sanwari’s rape case.