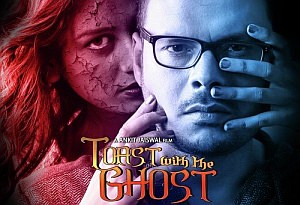 Several Bollywood horror films have interesting titles, and this one could be one of the most interesting ones. Toast with Ghost stars Siddharth Shrivastav, Zeba Anjum Kausar and Masoom Shankar.

The film is about a film director who gets into a relationship with his actress, even as his wife tries to make amends in their relationship. While the film looks like a typical romantic drama, it’s the last scene that takes the film from the romantic drama to the horror zone.

Ankit Jaiswal directs this Bollywood horror film. Vikas Bangar and Pankaj Chandak are the producers of the film. Co-Producing the film is Shakti Varma.