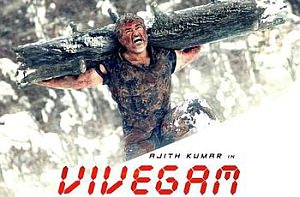 The film opens with an arms exchange deal between the General Secretary of Europol police and the Head of the Russian mafia gang in a dense Serbian forest, secured with multiple layers of military personnel. AK, a former counter-terrorist agent successfully intercepts the deal and secures the weapons drive. Meanwhile, the international counter terrorist group is on the lookout for him. Aryan, a Chief Strategist and his team volunteers to find AK.

AK lives happily with his wife Yazhini, who owns and manages an Indian restaurant. Their merry life is interrupted by a mission to trace a hacker, Natasha from Bulgaria, who is responsible for cracking the security codes of the plutonium weapons. There were already three man-made sesmic activities caused by the explosion of plutionium bombs. She is wanted by the Interpol, CIA as well as the terrorists groups around the world for her hacking skills. AK’s mission is to secure the hacker, thereby preventing the two future sesmic quakes targeted in India.