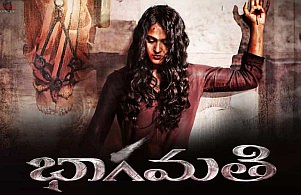 The film starts with a scene depicting many people being killed mysteriously. The film then cuts to Eswar Prasad (Jayaram) a politician who vows to resign from his post if the government fails to recover idols which were stolen over a period of 6 months. This wins the hearts of the masses. It also troubles his political rivals, who forge a plan to destroy his credibility with the help of CBI joint director Vaishnavi Natarajan (Asha Sarath) and Assistant Commissioner of Police Sampath (Murali Sharma). The two of them plan to interrogate Chanchala IAS (Anushka Shetty), a close confidante of Prasad who’s in jail for murdering her fiancé, Shakhti (Unni Mukundan).