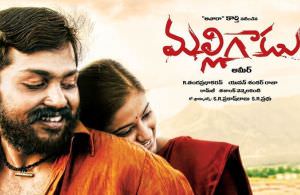 The story is set in a rural area around Madurai, in the village called Parithiyur. Paruthiveeran (Karthi) is a country brash, He is often arrested for petty crimes. His one ambition in life is to gain enough notoriety to be on TV news and to be thrown into Madras Jail. He often bullies Paruthiyur villagers for money, women and fun. He lives with his doting uncle Chevvaazhai (Saravanan) who pampers and accompanies him in every misbehavior to keep him happy. His cousin Muththazhagu (Priyamani) is the daughter of a caste fanatic who is a prominent person in the village’s council. Muththazhagu loves him more than her life, but he remains unmoved and keeps her at bay. As a kid, Paruthiveeran saved her from drowning in a well. And she promises to marry him and be by his side forever. She starts loving him passionately against her parents’ will. In order to delay her marriage with anybody else, she fails herself in school to be in the same grade/class.