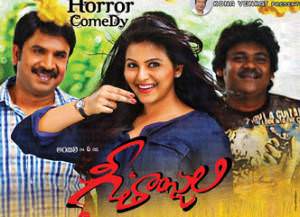 Srinivas alias. Sreenu is a wannabe film director who wants to get a Nandi award for a story he has. He faces many ridicules from different producers, including one (Raghu Babu) who tries to make him adulterate the story and another lady (Jhansi) who tells that everybody in her family and outside including cooks and cleaners have to like the story if she has to produce it. He meets a businessman, Ramesh Rao (Rao Ramesh) with whom at first he has a fight for being late for an appointment, but eventually gets along with. He narrates the story to him. Rao also wants to do a film which will get a Nandi award as he wants to dedicate it to his father.