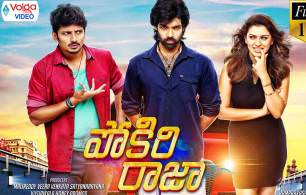 The plot revolves around Sanjeevi (a somewhat jaded Jiiva) and his yawns, which are super contagious (they make an entire office sleepy). This often results in him being removed from his job. When he lends a helping hand to his colleague and girlfriend Sunita (Hansika, who gets close-up shots despite her bad lip-sync) in stopping men from urinating in public, he shames Cooling Glass Guna (Sibiraj, commendable as the comic villain), a gangster, and later, his yawn, which has become so forceful that it can shatter glass and throw people off the ground, also leads to Guna losing his eyesight. Sanjeevi comes to know of the history behind the power of his yawn, but Guna, who has regained sight, wants revenge.