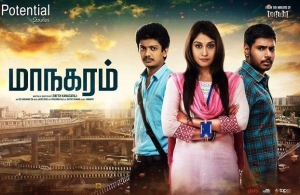 A man who comes to Chennai for an interview, gets beaten up by some goons in the middle of the night. The next day, when the same guy’s friend urges him to travel by bus, he gets caught up in another fight which makes him question whether it’s even worth living in a city. Just like him, another middle-aged man, a cab driver, comes to the city to make a living and on the first day of his job, his life goes haywire. There’s another gang, in the same city, whose plan to kidnap a young boy goes terribly wrong. Elsewhere, on the same day, another youngster is forced to leave the city at the behest of his uncle, who’s a police officer, because he’s accused of a crime. One fateful night, the lives of all these characters intertwine in more ways they can imagine and it all boils down to common theme – You never know who’s going to come to your rescue because, even with all the cynicism surrounding us, there’s always a good samaritan around the corner.