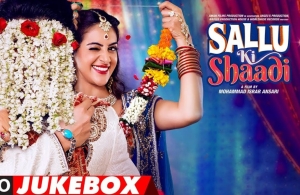 Zeenat and Shahnawaz were a match made in movie theatre! They met in 1989, during a screening of Salman Khan’s Maine Pyar Kiya, cupid struck swiftly and marital bliss followed. Everything was going well for the couple and their darling children Sallu and Ilmi until Shahnawaz lost his battle with cancer one fine day.

Flash forward twenty years, and the time has come for Zeenat to honour Shahnawaz’s final wish, which is to find a suitable girl for their son Sallu and get him hitched. The only problem is that Sallu is a die-hard fan of his namesake and has resolved that he will remain a bachelor for as long as his idol does!