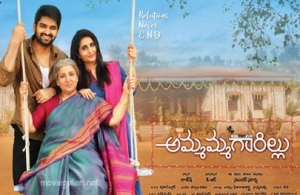 A family entertainer, the story of Ammammagarillu revolves around a young guy (played by Naga Shaurya) who shares a close bond with his grandmother (played by Sumitra). It depicts the incidents that occur and the various circumstances he faces as while visiting his grandmother’s village

The beauty of ‘Ammammagarillu’ lies in the fact that you cannot get a more relatable story than this on the big screen. However, the same becomes the reason for its downfall as the story progresses. This family drama charts the journey of a joint family that splits due to petty fights over inheritance. Every single character and dialogue uttered in the film is so relatable; it’s almost like watching your summer at ammamma’s home being played out on-screen.