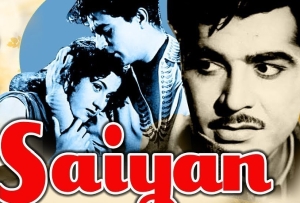 An unusual, tragic saga of star-crossed lovers and a family caught in the calamitous backwash of a forsaken romance. An orphaned village girl is given shelter in a respected home and wooed by the two sons of the family. This, combined with the headstrong, impulsive nature of the younger son, leads to a uniquely disastrous three-way relationship that ruins and ultimately destroys the family.

For a film made in 1951, the theme of the story is mature and quite modern.Eighteen year old Madhubala look ravishingly beautiful, her portrayal of the character is very good. As a vulnerable girl in a strange surrounding who has to decide between the man she loves and the man who loves her. Feudal environment in which the story is taking place is quite realistic. This movie may not be liked by regular movie goes because of its unorthodox plot, but just the presence of Madhubala elevate this movie to a different level.