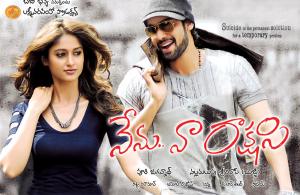 Abhimanyu (Rana Daggubati) is a professional assassin who kills local gangsters for money. He quickly falls in love with Meenakshi (Ileana D’Cruz), after he sees her in a cafeteria in which she works. Vikram (Subbaraju) is the local Circle Inspector who has been ordered to track down the owner of a YouTube account called “It Is My Life Boss”, an account that uploads shooting and suicide videos.

Abhimanyu contemplates suicide after his mother dies. He contacts the YouTube account, and discovers that the woman who would be filming his suicide is Meenakshi. He decides to live for the sake of his love for her.