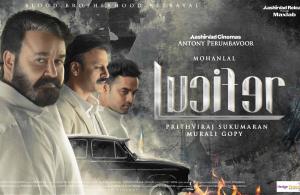 At Interpol’s head office in France, an officer is looking at reports about Khureshi-Ab’ram on his computer—an unidentified entity involved in transcontinental trade. A message from the Central Intelligence Agency pops up, about a suspected diamond-gold nexus working in tandem with the warlords of Africa. An image believed to be of Ab’ram’s is received, taken in Istanbul on 7 April 2006. The officer immediately dials Interpol’s secure phone line and says: “Flag it off. It’s Ab’ram. Khureshi-Ab’ram”.

Meanwhile, in Kerala, the chief minister P. K. “PKR” Ramdas has died. Leader of the ruling party, Indian Union Front (IUF), PKR died at the Medayil Institute of Medical Science and Research, which happens to be the hospital owned by the daughter of the opposition party’s (RPI[M]) leader, Medayil Rajan’s. Taking advantage of the situation, the acting chief minister, Mahesha Varma, directs party activists to form a riot outside the hospital, uttering slogans accusing Rajan of murder, believing it would benefit in the upcoming elections.