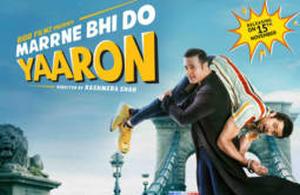 The story revolves around a young man who wants to commit suicide. His attempts prove to be a failure until he meets a bystander who insists on helping him in return for money. The duo engages in a crazy ride of a journey followed by a mixture of madness and melodrama.

Along with the Kashmera Shah who is also the director of the movie , Krushna Abhishek both couple try to introduce comedy in the movie and somehow succeed inflicting mock heroic comedy.