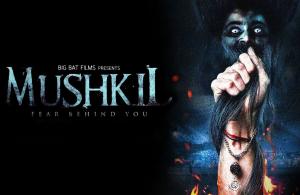 While vacationing in Greece, four friends are rattled by a series of supernatural incidents that get increasingly dangerous. They must now team up with their tour guide Vedant and a mysterious stranger named Aveer to escape the mortal danger they`re in, but their new allies could well be hiding a few dark secrets.

‘Mushkil’ has three highlights in the film – pretty female faces, drool-worthy knee-high winter boots and the opening shot with model-turned-actor Rajniesh Duggall in it.

Rest of it is just meaningless rambling about love, betrayal and revenge after death; passé.