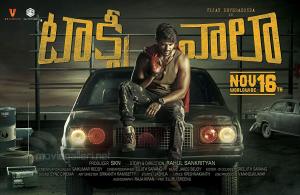 The movie starts off with an odd scene in a hospital and then cuts to a year later.

Shiva (Vijay Devarakonda) comes to Hyderabad to live with his friend (Madhunandan) and find a job. His friend suggests him a couple of jobs and Shiva tries all of them. But he is not satisfied and decides to become a taxi driver. He goes to his village to get money from his brother (Ravi Prakash) but instead gets it from his sister-in-law (Kalyani) who readily gives away her Mangalsutra to him. Shiva and his friends search for a car in their budget but fail. One morning, Shiva gets a call from an unknown person who tells him that he has a car which is ready to be sold. Shiva meets the car’s owner and takes the car happily, while his friend is a little hesitant.