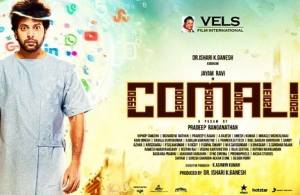 In 1999, Ravi is a school student whose father brought him up with many morals, like treating everyone fairly. He loves his classmate Nikitha and has tried proposing to her, but without success. After gathering courage, he decides to propose to her. On 31st December 1999, he declares her love, however MLA Dharmaraj takes Nikitha as a human shield while escaping after killing a rival gangster, Gaaja. Ravi gets hit by a truck as well as hits his head on the grill of a car while trying to save her and ends up comatose.

19 years later, Ravi awakens. He finds that things have changed significantly in the past years, including the fact that his father died, and his sister married his childhood friend Mani. Thiyagesh, the doctor who treated Ravi, tells Mani to fulfil any of his wishes since he has missed 19 years of his life.