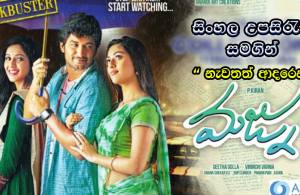 The plot revolves around Aditya (Nani), who works as an assistant director for the Baahubali crew. One day, he sees Suma (Riya Suman), a woman who works in the office of his friend, Kasi (Sathya) and gets attracted to her while trying to help Kasi in proposing to her. After a series of events and on Suma’s continued insistence, Aditya tells Suma his love story that traces its way back to his hometown, Bhimavaram.

In the past, after graduation and getting placed in IT major Infosys, Bengaluru, Aditya and his friends hold a party. In a drunken stupor, he sees Kiran (Anu Emmanuel) and its love at first sight for him. Kiran is driving her motorcycle and as an awestruck and frozen Aditya is watching her, she crashes into Aditya and he is rushed to the hospital.