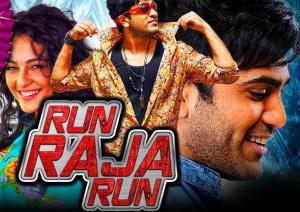 Raja (Sharvanand) is a simple yet well off son of a vegetable vendor. He constantly keeps on having break ups with girls because he is honest. Then he meets Priya(Seerat) and they both fall in love. While this is happening with Raja, there are a group of kidnappings of ministers in the city. This is happening the same way it happened a couple of years ago. So,they put the person who solved the mystery years ago, police commissioner Dileep. He also has an officer under him, Nayeem basha( Adivi sesh), who is a very smart officer but is not appreciated for it. Coming back to Raja, he comes to know that Priya is none other than Dileep’s daughter. Raja also comes to know that priya’s about to marry minister’s son. Raja goes and talks with dileep and somehow woos him. Dileep reveal’s that he wants to marry priya to minister’s son. He tricks raja into kidnapping one of the big shots in city. Raja in turn kidnaps priya. Here priya reveals that she never loved him and only acted as she wanted.