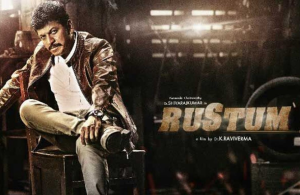 The story revolves around a super cop who is sincere, brave and deadly. He is on a mission to end nexus of the organ trading mafia across the country and to take revenge for the brutal murder of his close friend.The film begins with an honest IAS officer trying to unearth a massive criminal operation, where he ends up in a dead end when he meets the Home Minister’s son and team who want him finished. His parents and wife, who are seeking justice, find help in their new neighbour Abhishek who is always in the right place at the right time. The narrative, which begins on a slow note, picks up pace towards the interval. One gets to know the identity of Abhishek in a scene that seems to be a tribute to some cult Abhishek Bhargav (Shiva Rajkumar) films. From there, the story shifts to Bihar and one gets to piece together the jigsaw puzzle.